And the Winning Title is… 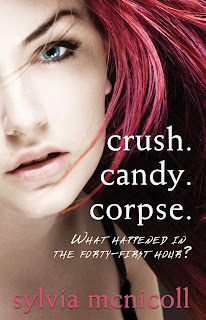 This is my first book with James Lorimer Company Ltd. Publishing and it’s been a wonderful experience.  It should have happened back in 1987 when the acquisitions editor turned down my first novel ever:  Blueberries and Whipped Cream.  Such a lucky book that turned out to be, film options were sold, Australian rights, a couple of years ago German, Swedish and Norwegian rights.

But this is going to be an even luckier book because the spirit of my mother will bless it.
It’s dedicated to her and she died as I was completing the last edit. Much of my experience visiting
with Mom in the Alzheimer’s unit is fictionalized in this book.  Things that nearly happened, that I imagined happening as I sat hoping for some response from my mother.

Anyway, we’ve been agonizing for a couple months.  Or maybe it was just me.  But a reader, Charlotte Zronik, came up with the title and everyone, including the booksellers who previewed the mock cover, loved it.  Thank you Charlotte.  You may have a career in marketing and PR in the future.  Certainly you have an autographed book coming your way.

Coming from my magazine world, initially I thought, with the lower case letters, that the first three words were the “dek” and the all-caps WHAT HAPPENED IN THE FORTY-FIRST HOUR? was the title. But that’s just cool graphics.  I do like alliteration but this is a bit of a tongue twister.  Say it quickly and you’ll see.

But nobody really has to say anything out loud. They just need to buy the book and read it.

Not my fans, at least not yet, these are a class of kids from Georgia who listened to Thunder Over Kandahar as a read a loud. Sharon McKay came over so I could help her skype in to answer their extremely thoughtful questions.  I thought Sharon was joking when she said she was bringing me a burqa to wear for the interview. I chuckled out loud. That Sharon.  Such a kidder.  Me dressing up for that tiny skype window.
She wasn’t joking.  It felt a bit claustrophobic even though it was a pretty aqua coloured fabric with some nice embroidery.  I found it hard to breathe and stumbled to the computer. Sharon spoke about the detailed research she does, usually onsite, and how she relies on  a team of supporters from the culture to fact check.
She likes to write about what she wants to know rather than following the old adage of writing what you know.
So the question she left the kids with was, should a white middle class woman write about the life of a young Muslim girl?  Should she ever write outside her culture?
I think, since we’re privileged to live in a free speaking country, we not only should write about other cultures, but it’s our duty.  They can’t always write about their own lives with impunity. Also a western woman can write in a mainstream way for western kids to find the story readable.  One young woman who had read the book before listening to it and speaking to Sharon, told us how it had changed her life and how grateful she was that Sharon had written the story.  Brought a lump to my throat.  It’s what every author hopes for.  Netoba Watson said the skype visit was one of the highlights of her teaching career. All I can say is, it’s teachers like her and Itaski Arnette that help kids achieve their full potential and Sharon and I, as moms, and grandmoms as well as authors,value them.  You’re lucky Freedom Middle School. 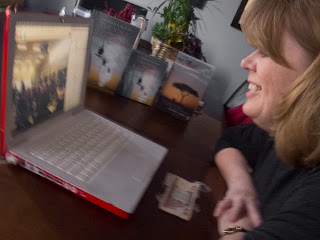 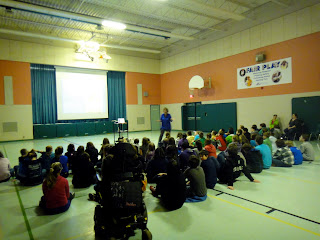