Mortie Gets to Go On a Press Junket 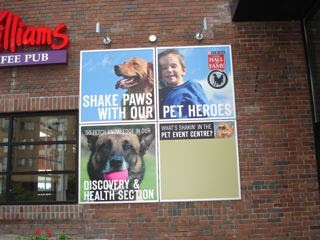 Mortie doesn’t get invited to a lot of events but when PawsWay opened he not only got to go but ended up on television and in the newspaper all because he’s cute. He also ignored some lovely biscuits, got weighed (11.5 pounds) and enjoyed watching other dogs go through obstacle courses. While he’s super smart, he didn’t do well on the pet intelligence test because it was all about retrieving a biscuit from under a big plastic cup. Remember those biscuits he didn’t like? So he never bothered flipping the cup which would have made him a genius. Well he’s smart enough to know what he doesn’t like